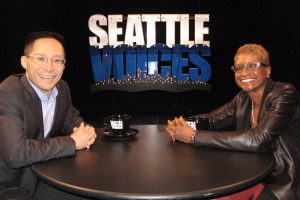 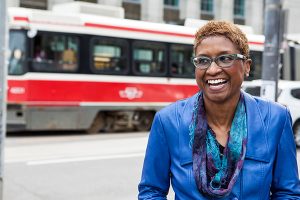 Paula Boggs is the founder of Boggs Media, LLC, a business that manages her music, speaking, and other creative business activities. She is a Tedx©Speaker, Writer, Lawyer, Army Veteran, Musician. She is also a Board Member of numerous organizations.

Paula Boggs served as Executive Vice President, General Counsel and Secretary at Starbucks Corporation from 2002 to 2012. In 2009, NASDAQ©️ named her its top general counsel. Her prior professional experience includes serving as Vice President Legal at Dell Computer Corporation, and as a partner at the law firm of Preston Gates & Ellis, LLP. She also had a 14-year career in public service, including as an Assistant U.S. Attorney, and in various capacities as an attorney for the U.S. Army, the Department of Defense and the White House Office of Legal Counsel. She served eight years as a Regular Officer in the United States Army, earned Army Airborne wings and a Congressional appointment to the US Naval Academy – among America’s first women to do so.

Since leaving Starbucks, Paula Boggs gives speeches across the United States and beyond, writes essays and music, co-produces albums for, and tours extensively with, Paula Boggs Band. In 2013, President Obama appointed her to the President’s Committee on the Arts and the Humanities, in 2018 she received the Seattle Mayor’s Arts Award and in 2021 Southwestern University (Georgetown, TX) conferred an honorary doctorate in laws.

Paula Boggs owns several U.S. Copyrights and is a Voting Member and Board Governor of The Recording Academy, Pacific Northwest Chapter.

Her current civic and professional activities include: